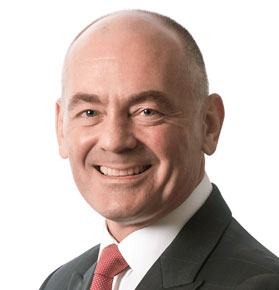 As a world leading mediation expert, Mr Gilchrist practices dispute resolution, with a focus on commercial litigation. He is also an experienced advisor on regulatory matters and has handled both domestic and multijurisdictional arbitrations. Mr Gilchrist has acted as a key legal advisor to many of the largest Hong Kong and international companies and institutions. He has acted for as well as against Regulators, and is recognised in the market as someone who is usually involved in any ‘bet the company’ dispute in Hong Kong. Mr Gilchrist has sat as a Deputy Judge of the High Court of the Hong Kong SAR, as well as tribunal chairman for a statutory body dealing with appeals. He has been elected and currently serves as a Vice President of The Law Society of Hong Kong, having joined the Council since early 2009. Mr Gilchrist has acted as the Honorary Legal Advisor to the British Consul General in Hong Kong for over 15 years. Apart from contributing to different legal publications, he has also sat on the High Court Rules Committee and the Solicitors Higher Rights of Audience Assessment Board, and is presently a member of the Court of Final Appeal Rules Committee and the Standing Committee on Legal Education and Training, as well as a member of a number of other statutory bodies and committees.