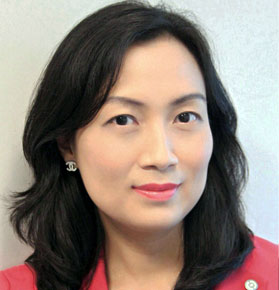 Ms Carmen Kan is General Counsel of Bank of China (Hong Kong) Limited (BOCHK) and was previously General Manager, Legal & Compliance and Operational Risk Management Department of BOCHK. Currently she is also the Vice-Chairman of Legal Affairs Steering Committee of the Hong Kong Chinese Enterprises Association. She is one of the first batch of lawyers qualified in Hong Kong (1993) and the Mainland of China (1995). She also obtained a Master of Public Administration from Tsinghua University. Ms Kan was named as one of ‘The ALB In-House 25’ in 2018 by Thomson Reuters’ Asian Legal Business. She was also selected as one of the ‘Top 20 Global General Counsel’ by Financial Times in 2017 and was awarded ‘Woman Lawyer of the Year (In-House) 2017’ by Asian Legal Business. She led the legal team in winning the ‘Asia Pacific Innovative Lawyers Outstanding Award’ in 2016 and 2019, awarded by Financial Times and The Legal 500 respectively. Prior to her current tenure with BOCHK, Ms Kan spent ten years with Clifford Chance and had been a banking and finance partner of the firm since 2003, and served as the Chief Representative of its Beijing office for four years. She specialises in cross-border banking, finance and mergers & acquisitions. She speaks fluent Cantonese, Putonghua and English.