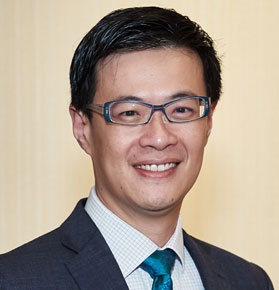 Deputy Secretary General and Co-Convenor of the Advisory Board

Adrian is a practising barrister in Hong Kong; he is also a Certified Public Accountant of Hong Kong and holds the specialist qualification in insolvency matters. Adrian maintains a predominantly civil practice and has been engaged as Counsel on matters relating to arbitration, banking, commercial, company, construction, professional accountants/auditors’ negligence and professional disciplinary proceedings. Through practice, Adrian has developed a wealth of experience and expertise on arbitration matters. He is on the Panel of Arbitrators of Hong Kong International Arbitration Centre and has been appointed as sole or co-arbitrator on international commercial arbitrations. Apart from sitting as an arbitrator, Adrian has been engaged as Counsel to advise or appear in international or domestic commercial arbitration, investor-State arbitration and State-State arbitration. Insofar as arbitration-related litigations are concerned, he appeared as Counsel on important cases such as FG Hemisphere v Congo, Pacific China Holdings v Grand Pacific Holdings, Shangdong Hongri v Petrochina Int’l, S v B, Re Insigma Technology, Gongbenhai v HKIAC and TNB v China National Coal. He is often invited to speak on topical issues of arbitration. Adrian maintains an academic interest in international law. He graduated with a Master’s degree in Public International Law and also attended The Hague Academy of International Law.