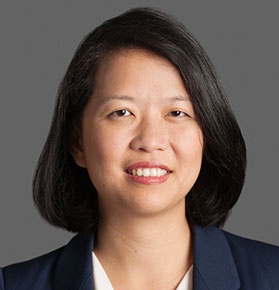 May specialises in cross-border China-related and Asian disputes, as well as contentious regulatory matters. She regularly advises governments, government-owned entities, and commercial clients (including financial institutions and energy companies) in Asia, Europe, and the US, including acting as counsel and advocate in arbitrations under various rules and court proceedings. She has acted as an arbitrator in SIAC (Singapore International Arbitration Centre) and HKIAC (Hong Kong International Arbitration Centre) proceedings, and has also sat as an Emergency Arbitrator under the ICC (International Chamber of Commerce) Rules. May speaks five languages fluently, including Bahasa (Malaysian and Indonesian), Chinese (Mandarin and Cantonese), and English. She is a CEDR (Centre for Effective Dispute Resolution) accredited mediator and an arbitrator in the HKIAC List of Arbitrators, and is also qualified as a solicitor in England and Wales as well as in Hong Kong. May is based in Hong Kong but divides her time between Herbert Smith Freehills’ Hong Kong, Shanghai, and Beijing offices, managing and leading the three Greater China offices in her role as managing partner.