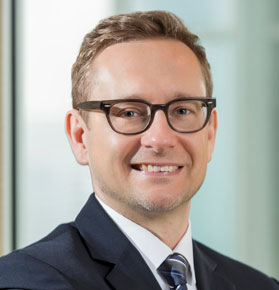 Mark Austen is the Chief Executive Officer of the Asia Securities Industry & Financial Markets Association (ASIFMA). Since joining ASIFMA in 2012, he has led the expansion of the association to encompass Equities, Compliance, Post-Trade and Asset Management in addition to its original division for Fixed Income, and its membership has grown to over 110 firms. Mark’s key objectives at ASIFMA are to expand its product divisions, continue to build a broad membership base and further strengthen its ability to act as a collective voice for the industry. Mark was formerly with the Association for Financial Markets in Europe (AFME) as Chief Operating Officer. He joined AFME (then called The Bond Market Association or TBMA) in 2005 to head up the European Primary Dealers Association (EPDA), which addressed issues of specific interest to government bond markets. He is an active member of the board of the Global Financial Markets Association (GFMA) where he represents the Asian perspective on global regulatory issues. Mark holds an LL.M. from the London School of Economics and Political Science and an LL.B. from Osgoode Hall Law School in Toronto.