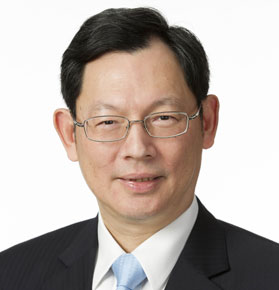 Norman Chan was the Chief Executive of the Hong Kong Monetary Authority (HKMA) from October 2009 to September 2019. During this period, he was a member of the Financial Stability Board (FSB) established by G20 and served as Chairman of FSB’s Standing Committee on Supervisory and Regulatory Cooperation from April 2017 to August 2019. In 1976, Mr Chan graduated from The Chinese University of Hong Kong and joined the Hong Kong Government Administrative Service. He left the Administrative Service in 1993 to join the HKMA as Executive Director and as Deputy Chief Executive from 1996 to 2005. He then joined the Standard Chartered Bank as Vice Chairman (Asia) from December 2005 to June 2007. He was the Director of the Office of Chief Executive of the Hong Kong Special Administrative Region from July 2007 to August 2009. He was the Founding Chairman of the policy think tank Bauhinia Foundation Research Centre which was set up in 2006.