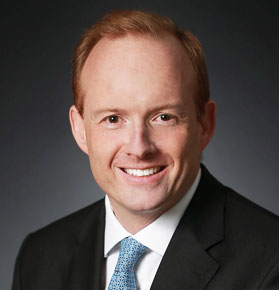 Merlin Swire is Chairman of John Swire & Sons (Hong Kong) Limited, Swire Pacific Limited, Swire Properties Limited, and Hong Kong Aircraft Engineering Company Limited. He is also a Non-Executive Director of Cathay Pacific Airways Limited. Born in 1973 in the UK, Mr Swire is a member of the founding family of John Swire & Sons Limited. He joined the Swire group in Hong Kong in 1997 and has worked in Hong Kong, Sydney, the Chinese mainland, and London. Mr Swire’s experience spans a wide range of businesses across the group, including in aviation (for Cathay Pacific) and shipping (for The China Navigation Company). He also worked in the Chinese mainland, first as Shanghai General Manager of The Coca-Cola Company, and then as Chief Executive Officer of HAECO Xiamen, a subsidiary of Hong Kong Aircraft Engineering Company (HAECO). Mr Swire returned to London as Finance Director of John Swire & Sons Limited in 2008 and became Chief Executive Officer in January 2015. He became Chairman of Swire in Hong Kong in July 2018, and is currently based in Hong Kong. Mr Swire serves on the Advisory Committee of the China-Britain Business Council and the Global CEO Council of the Chinese People’s Association for Friendship with Foreign Countries. He is a member of The International Business Leaders’ Advisory Council for the Mayor of Shanghai. He is also a Vice-President of The Real Estate Developers Association of Hong Kong. Mr Swire received a first class degree in Classics from University of Oxford.