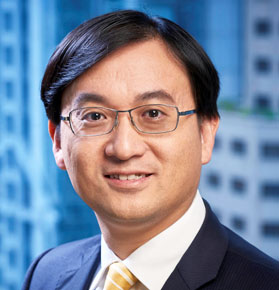 Dr Wong has been in practice in Hong Kong since 1998. In 2010, he was also called to the Bar of the British Virgin Islands. In 2013, Dr Wong was appointed as a Senior Counsel in Hong Kong. He is also presently a Non-Executive Director of the Securities and Futures Committee and one of the Vice Chairmen of the Board of Review of the Inland Revenue. Dr Wong’s practice covers a wide spectrum of contentious commercial litigation. He has a special focus and substantial experience in the areas of company, insolvency, and securities law. He frequently represents clients in contentious shareholders and/or investors disputes and disputes in liquidation. He is the first Hong Kong barrister to be admit on ad hoc basis in the Bermudian courts to conduct trials and appeals. He is experienced in offshore litigation. He also acted as an expert witness on Hong Kong company law in China and in international arbitration. Furthermore, Dr Wong sits as an arbitrator in a substantial volume of international commercial arbitration. On non-contentious work, Dr Wong specialises in corporate restructuring and capital reduction. He was involved in the capital reduction of CLP, Guangdong Investment, and Hong Kong Construction. He was also involved in the Wheelock Holding Company privatisation, PCCW privatisation, the Denway Motors privatisation, the Stone Group privatisation, the Sunlife Insurance Transfer Scheme, and the 3D Gold Scheme. Academically, Dr Wong graduated from the Business Faculty of The Chinese University of Hong Kong in 1994 as the Rhodes Scholar of the year. In 1996, he obtained his degree in Jurisprudence from Wadham College, University of Oxford. He also obtained his LL.M. degree from Peking University in 2004 and was awarded the Doctoral Degree by Peking University in 2012.