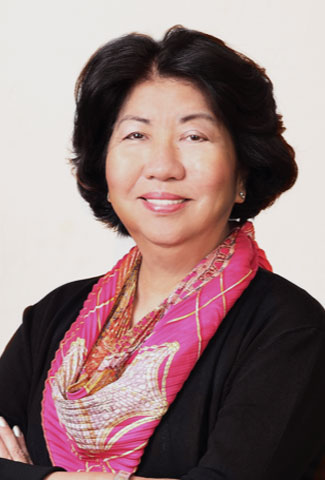 Appointed as a Non-Executive Director in December 2008 and was re-designated as Executive Director in March 2012 and re-designated as Non-executive Director in June 2018. Ms Ki has been the managing director of New World China Enterprises Projects Limited (a subsidiary of the Company) since 1997 and is also a director of certain subsidiaries of the Group. Ms Ki is an independent non-executive director of Sa Sa International Holdings Limited, a listed public company in Hong Kong. She was an independent non-executive director of Clear Media Limited (a listed public company in Hong Kong) up to her retirement on 7 September 2019. Ms Ki is also a director of Chow Tai Fook Charity Foundation. Ms Ki has more than 30 years’ experience in integrated communication and marketing services. She was the founder, partner and chairman/chief executive officer of Grey Hong Kong Advertising Limited and Grey China Advertising Limited. Ms Ki is committed to the community and public services. She was the first chief executive of The Better Hong Kong Foundation. She is currently a director of PMQ Management Company Limited, founder and honorable president of Wu Zhi Qiao Charitable Foundation, a member of the Asian Advisory Board of Cheng Yu Tung Management Institute, Richard Ivey School of Business (University of Western Ontario, Canada), a member of the Advisory Board of the EMBA Programme of The Chinese University of Hong Kong, the honorary consultant for the School of Hip Hop of Youth Outreach and a member of Hong Kong Institute of Construction Management Board. Ms Ki is a recipient of Honorary University Fellowship from The Open University of Hong Kong and The University of Hong Kong. She has been awarded the honour of Beta Gamma Sigma by the Faculty of Business Administration of The Chinese University of Hong Kong, and Justice of the Peace, the Silver Bauhinia Star and the Gold Bauhinia Star by the Government of the Hong Kong Special Administrative Region. She was a National Committee Member of the 12th Chinese People’s Political Consultative Conference (CPPCC) of The People’s Republic of China and a member of the 10th, 11th and 12th CPPCC of Yunnan Provincial Committee.