The Use of Mediation in ISDS

With the support of the Central People’s Government of the People’s Republic of China, the Department of Justice (DoJ) of the Hong Kong SAR and the Asian Academy of International Law (AAIL) co-organised with the United Nations Commission on International Trade Law (UNCITRAL) the very first UNCITRAL Working Group III Virtual Pre-Intersessional Meeting on 9 November 2020 under the theme ‘The Use of Mediation in ISDS’. It aimed to facilitate the sharing of information on investment mediation and contribute to the discussion of Working Group III as it considered the way forward on the development of mediation as an investor-State dispute settlement (ISDS) reform option.

During the opening ceremony of the Virtual Pre-Intersessional Meeting, Ms Yongjie Li, the Director-General of the Department of Treaty and Law of the PRC Ministry of Commerce, reiterated that China has been supporting UNCITRAL’s work on ISDS reform and considering mediation as a reform option that should be carefully examined and discussed by the Working Group. In the opening remarks of Ms Anna Joubin-Bret, The Secretary of UNCITRAL, expressed the hope that the Virtual Pre-Intersessional Meeting, being a new work mode of the Working Group, would contribute to the preparatory work of the UNCITRAL Secretariat on the use of mediation in ISDS and pave the way for further discussions in the Working Group.

What then followed in the Virtual Pre-Intersessional Meeting is a series of presentations and discussions by various distinguished experts and speakers coming from different parts of the world, delving into four major topics – ‘Overcoming Challenges to the Use of Mediation in ISDS’, ‘Multi-Tiered Dispute Resolution Process (Mediation Protocol)’, ‘Hybrid Models for Resolving International Investment Disputes’, and ‘the Way Forward for Mediation as a Reform Option for ISDS’.

The closing remarks was delivered by the Secretary for Justice of the Hong Kong SAR of the PRC, Ms Teresa Cheng GBS SC JP. In mapping the way forward for mediation as an ISDS reform option, Ms Cheng proposed that ‘getting the frameworks right’, ‘overcoming psychological barriers through education’ and ‘unlocking mediation’s synergy with other ISDS reform options’ as three main directions that would be worth the consideration of the UNCITRAL Working Group III. With respect of ‘getting the frameworks right’, Ms Cheng mentioned the Investment Mediation Rules under the CEPA Investment Agreement between the Mainland and the Hong Kong SAR as a potential model for reference. Before concluding her closing remarks, Ms Cheng also shared some preliminary ideas on how the Working Group III might practically take forward the work on mediation. Moreover, she suggested, among others, the use of other constructive, inclusive and transparent working methods such as informal drafting groups or expert groups, in addition to the formal sessions of the Working Group.

• The various presentations were informative and the Q&A exchanges were very engaging. Very good moderations throughout the day.
• Very fruitful and informative discussions using technology to bring us together in spite of all the constraints.
• The contents of this webinar have met my needs/expectations about using mediation in investor-State dispute settlement.
• This virtual meeting provided me insights on mediation as a possible cost-effective alternative to arbitration. 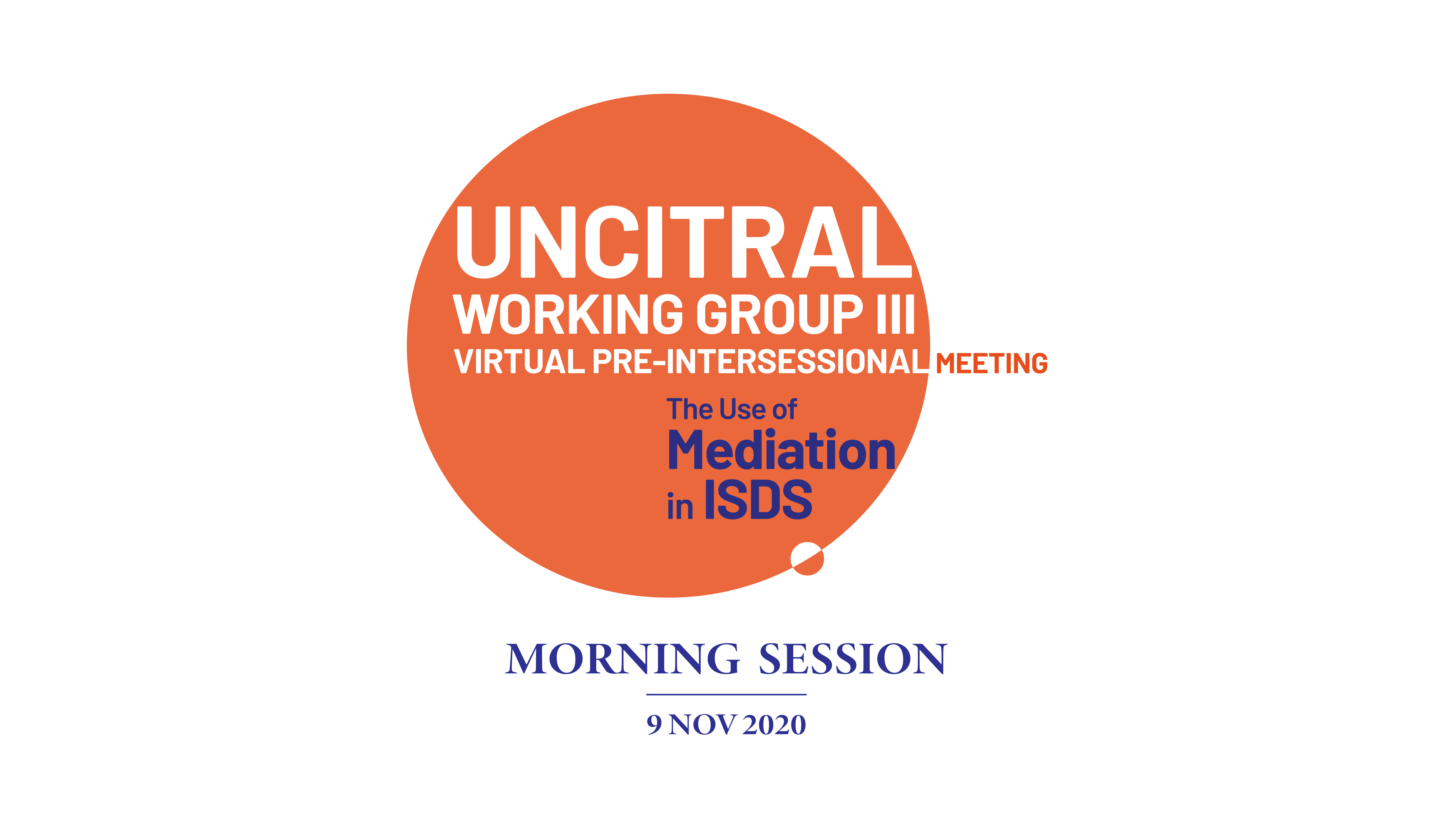