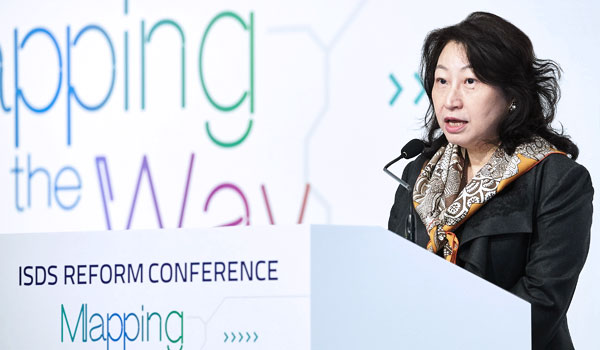 Aiming to contribute to the ongoing debates on investor-State dispute settlement (ISDS) reform, almost 220 regional and international leading practitioners, academics and senior government officials were brought together to deliberate on important issues, covering investment mediation, appeal mechanism for ISDS awards, third party funding in ISDS etc. It was graced with the presence of Ms Teresa Cheng, Secretary for Justice of the Hong Kong SAR, Dr Jiang Chenghua, Deputy Director General of the Department of Treaty and Law of the Ministry of Commerce of China, Dr Sun Jin, Counselor of the Department of Treaty and Law of the Ministry of Foreign Affairs of China, Dr Anthony Neoh, Chairman of the Academy etc. Some of the highlights included a Davos-style discussion on the appointment of and rules on arbitrators as well as a debate session, where prominent speakers argued for and against the permanent investment court system as the solution to concerns over ISDS, followed by an electronic poll of the audience.

The 38th Session of UNCITRAL Working Group III – Side Event