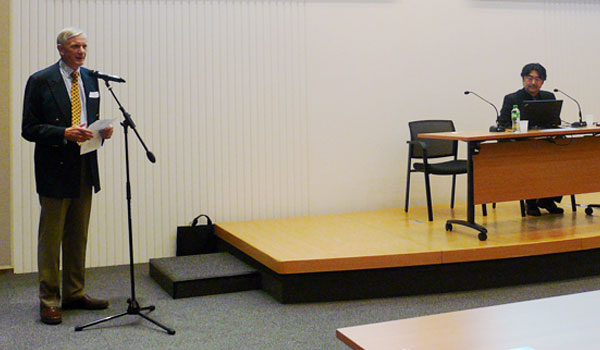 Aiming to provide an overview of sports arbitration in Japan, one of the relatively advanced jurisdictions in Asia in this regard with specialised agency to administer sports arbitration, Mr Anthony Rogers, former Vice President of the Court of Appeal of Hong Kong, was invited to moderate the talk while Professor Yoshihisa Hayakawa, Professor of Law of Rikkyo University in Tokyo and Chair of the Japan Anti-Doping Disciplinary Panel, shared his expertise and highlighted recent notable cases and developments on this subject. Starting with a brief introduction of Japan Sports Arbitration Agency, Professor Hayakawa examined the formation and the role of such a dispute resolution body between the Sports Federations and the athletes. The focus then shifted to anti-doping cases, where Professor Hayakawa discussed the Japan Anti-Doping Disciplinary Panel, the Japan Anti-Doping Code, the role of mass media, and a number of specific arising issues.

The 38th Session of UNCITRAL Working Group III – Side Event